Irene’s and Virginia’s artistic ethics in the project have guaranteed that people are as expressive as possible. This has been made possible thanks to the fact that, in my opinion, the power of the artist resides at the same time in a techne but also in an immaterial practice made up of looks, languages and actions. I think that we have achieved an important result, both in terms of techne and practice. We managed to co-produce an unprecedented representation that involved people who were included – for a period of their lives – in a limbo of the “unseen”, rather than the invisible. They are there, they move, we pass them without ever recognizing them.

Yet when art enters social settings, it is also easy to see the risk of spectacularization, a sort of staging of marginality, of the out-of-norm…

In our cooperative, we propose participation in a project only to people who can commit but also on the basis of the attitude to participate in an artistic experience, from social theater to photography, not to mention cinema or television realities. In this case, however, the opposite has happened; in fact Irene and Virginia have adapted their practices to the context and worked to allow the women of Via Sidoli to express themselves and take a voice in an individual and very conscious way. Thus a polysemous, non-deterministic relationship was formed. In fact, the result is not only the publication of the ‘saints’, the calendar, the texts or the video. The actual result is the process triggered by these premises of self-determination. On the other hand, I have the impression that sometimes the artist unintentionally produces his own narrative that works through the prohibition of the forms of communication – and therefore of existence – of the other. It is one thing to recount life on the street of homeless people, another thing is to talk about it only in this way.

So in your opinion, a project like homeless heroines has managed to transform, even temporarily, the framework of those twelve existences – but also ours – through a slow and still ongoing process. After almost three years of work, with so many situations that have really changed since the beginning, from your point of view, where are we on the project?

It is not easy to give an answer, only time will tell. We’re definitely at a crossroads. We are at the point where the women of Via Sidoli – who we are now able to listen to and see, keeping their own language and vocabulary in mind – will be able to make use of this experience, if they wish. If this path is closed for them and in the future they will no longer have access to it, it will mean that – of their own accord – they will have given up being artists-authors, co-authors. And something similar applies obviously also to the artists, because if after this journey they too have not changed anything in their practices and methodologies, if this does not happen, it means that the listening and observation have left no trace of the process done together. In any case, I believe that we have reached the point where this same experience may have really generated a change of imagination, both for the women of Via Sidoli and for the artists, and more generally for all of us who took part in it, with different roles. homeless heroines so far has been an almost private experience, we are just starting now to lock into our memory and somehow make it public through everyone’s stories. And so those twelve stories are and will be, every time, a review, a sort of process and reworking.

During design meetings, you have repeatedly raised the issue of ‘power’, giving power and voice. What exactly do you mean when you use this term in a homeless context?

That’s right, in my opinion homeless heroines talks about power. The power to express, to make public one’s existence. homeless heroines is also a story about power. The power to express, to make public one’s existence, following periods during which you concealed it, or you were visible and identifiable as different. I cannot think that the ability to process and speak belongs only to the operators or technicians in our sector, it seems to me that this time the power of speech has really been taken by the women, describing fragile lives but also active and driven by unexpected forces. Yet in social work, we often continue to operate within an impervious frame and with a closed narrative device in which most of the time the literature of the sector continues to propose rigid and stereotyped figures. And so I often found myself wondering about who could really safeguard these other narratives. Certainly not subordinates, certainly not marginal subjects or people considered in a situation of need. Their speeches, to quote Foucault, are rarely generated by functioning as true. It seems like a translation was – as a rule – necessary for such expressions. Let me explain myself better with an example. Both critics and the public really liked the movie Parasite. But who liked it? We liked it. A good part of the real people who are depicted in the film (the parasites of parasites) will hardly see it, their commentary is simply not made possible and who knows if they would recognize themselves in those images. Would they like it? I don’t think so. The power to recount, to make public, does not belong to the type of co-protagonists represented in the film and this is due to their prohibition from ordinary cultural language. The people on the margins have a specific vocabulary, grammar and representations that are typical of those who live such a radical experience and that are difficult to understand, that is to say to integrate with our languages, those of operators, specialists and artists; in fact, even we who work with them, often fail to exceed the limits imposed by the dominant and regulated language. Combining art and social contexts, therefore, to me means opening a challenge on the way in which these languages emerge and manage to build – together with the other (in our case women) – the power to represent the singularities with their specific grammars and bodies. That is to become co-authors and to oppose in some way what could be called a control technique as defined by Michel Foucault: a progressive process of psychologization and normalization of our daily life. This form of power is also present in the practice of Irene and Virginia but they have chosen to step back to make room for an unrecognized physical and lexical frame. If the artist does not step back and leave no ground to the other, I think that the cultural experience can only be a failure. You can perform a wonderful work of art that remains closed to the cultural domain of those who produce it and those who use it.

As a representative of the Valdocco Cooperative, how do you view what is happening and what will this mean in relation to the cooperative’s objectives?

The services that include contact with people were going through a process of transformation, both organizational and, I would say, ontological, even before the Covid era. It will be necessary to understand whether the institutions and the realities that manage (a term that I detest) organizing responses will be able to imagine new practical operating modalities, which could allow to re-establish relational environments without resorting to models that have always involved physical contact and sensory proximity as the only framework. It is a matter of adopting non-presence practices, virtualizing relationships, practices for which we do not yet have scientifically articulated ideas. So far, we are cutting our teeth by making the body/relationship virtual. But that’s not enough. It will take time to metabolize what is happening and, for a strange paradox, perhaps the life of people who are already on the fringes, on the edges, on the margins of society, will change less; it will change more for people who have been forced by distance to make profound lifestyle changes. Oversimplifying: quarantine has changed a college student’s daily life more than a young construction worker forced to work in the black economy.

It’s a talk about power again. There is once again the historical need to acquire the power to talk about oneself also through art. In homeless heroines, the women of Via Sidoli are not women who should be helped, saved, protected. Instead, they themselves save, help, recount. This change of identity was also possible because it was practiced within the artistic field. They will certainly not be able to become influencers because the context is such that they will never gain the legitimacy to be, even if they should.

Beppe Quaglia is Head of Communications and Services Management of the Valdocco Cooperative in Turin, which plans and manages social, health, educational and cultural services, aimed at preventing and containing the risks and effects of social exclusion and discomfort, collaborating with other cooperatives, voluntary organizations, associations and public institutions. 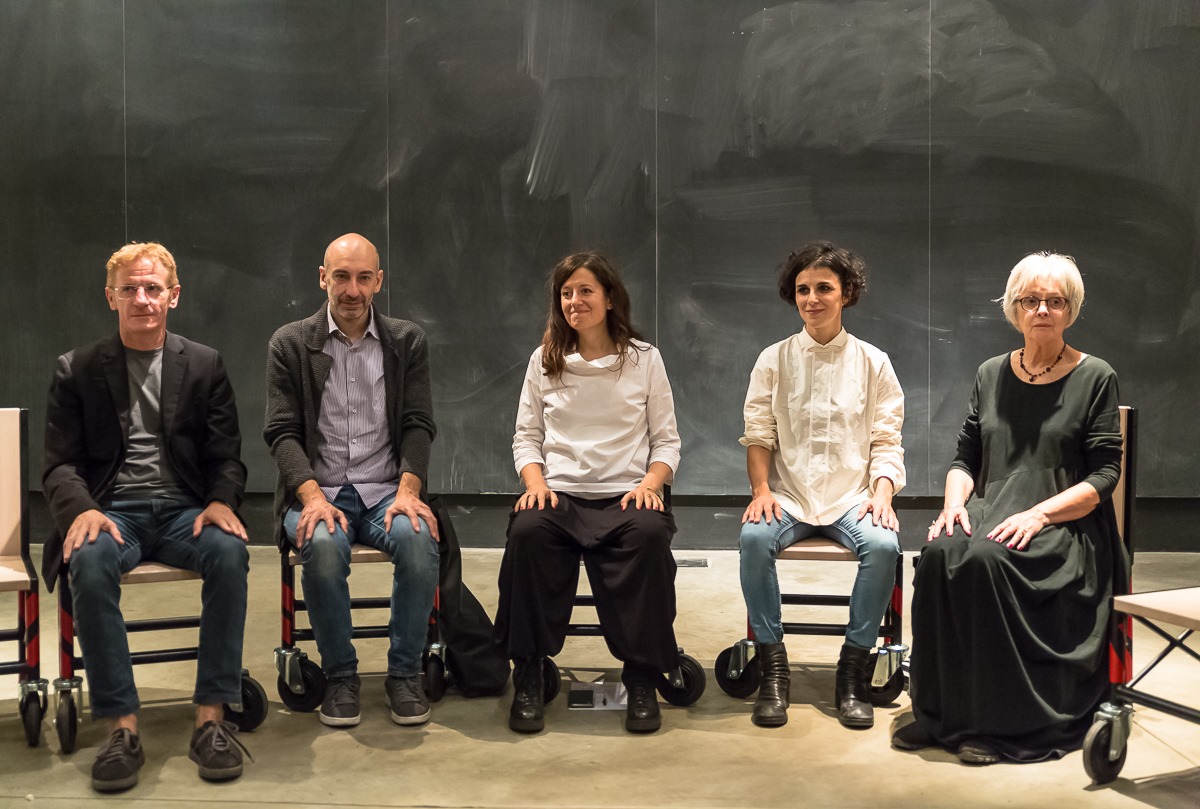