homeless heroines is an artistic project that is the result of a two-year journey conceived to create spaces for narration and representation for homeless women. With their own strength, twelve women overcome adverse life circumstances on the street or in shelters. These narratives have brought to life unprecedented figures: heroines, saints and vulnerable, tenacious warriors who point to horizons of redemption, imagination and emancipation. A proposal for civic reflection that is extremely urgent in contemporary urban contexts.

The need to offer an open social, cultural and artistic look at homeless women in Turin and the desire to create spaces for narration and representation, have generated homeless heroines, a project conceived by Irene Pittatore (photographer, visual artist) and Virginia Ruth Cerqua (actress, author and director of social theatre shows), coordinated by Beppe Quaglia (communication manager for Cooperativa Animazione Valdocco in Turin) and curated by Lisa Parola.

The project was developed over more than two years of discussions and relationships between the two artists, guests and operators of a support service for women, managed by the City of Torino. Vulnerable and tenacious heroes, saints and warriors create horizons of redemption, imagination and emancipation, challenging stereotypes of marginality and fragility. Twelve women guests of the community in Sidoli Street (Turin) – a facility in between street life and independent housing. Women portrayed in the pursuit of knowledge and powers acquired during their experiences on the streets, in shelters, sometimes in survival mode, and in a phase of taking possession of this imminent autonomy, develop heroic and resilient characters in their daily lives. The main objective of homeless heroines is therefore encouraging ‘multiple voices’ research able to open unprecedented spaces of narration and representation suggested by the women involved through listening, fragmented stories and silences. An art experience from which unique experiences emerged: snippets of biographical stories from people able, with their strength, to suggest new ideas to social and cultural professionals, breaking stereotypes imposed on unregulated urban subjects. The result is a transmissible cultural experience, in which discomfort and difficulties are reversed, according to a common imaginative design.

Irene Pittatore, who worked with the images, and Virginia Ruth Cerqua, who developed the narrations and the poetic texts, made a long journey, between 2018 and 2019, that gave shape to a photographic series, a collection of verses, a video and a limited edition collection. A real travel diary. Works of a different nature that document a visual encounter in different ways, a story of fragments that encourages everyone to wonder about the different ways of living and to experience the transformations of identities through a constantly-developing balance between criticality and potentiality, in addition to using contemporary art as a possible ‘engine’ of participation and relationship. Through meetings, discussions and actual photographic sets, 12 heroines were born, with their powers, these 12 heroines raised and investigated issues such as identity, desire, passion but also our fragile relationship with biographies, objects and places. The artists have therefore chosen, as a privileged instrument of investigation, a participatory listening approach, that has reversed positions, pre-established roles and consolidated alterities, immersing themselves in complex identities, themes that accompany current social reality but also a lot of the contemporary international artistic research.

homeless heroines, first presented on October 5, 2019 at the MACRO Asilo museum in Rome, is still a developing artistic and cultural experience in which textual and visual works propose an interweaving of open interpretations also for the social sector where art broadens the awareness among those who watch and those who are watched. Trying to deconstruct – under the supervision and confrontation with other professionals of the Cooperative and cultural sector – the two artists chose to reverse the unique and stereotyped process that often accompanies the representations of fragile or suffering people, giving shape and voice to an intimate process of trust between themselves and the 12 women involved. A path not without obstacles that makes us travel even conflicting with stereotypes that often hide powers and passions put in place to take care of ourselves and, sometimes, others.

homeless heroines is also a workshop in the form of a device for reflection and for the production of our own heroic profile, proposed to public and private companies operating in the social as well as the artistic and cultural domains; a possible dialogue for words and images, an investigative tool to understand how much the transformations of contemporary subjects can leave a mark inside and outside the institutions, through a process of evident and profound change that also becomes an activator of civic relations. 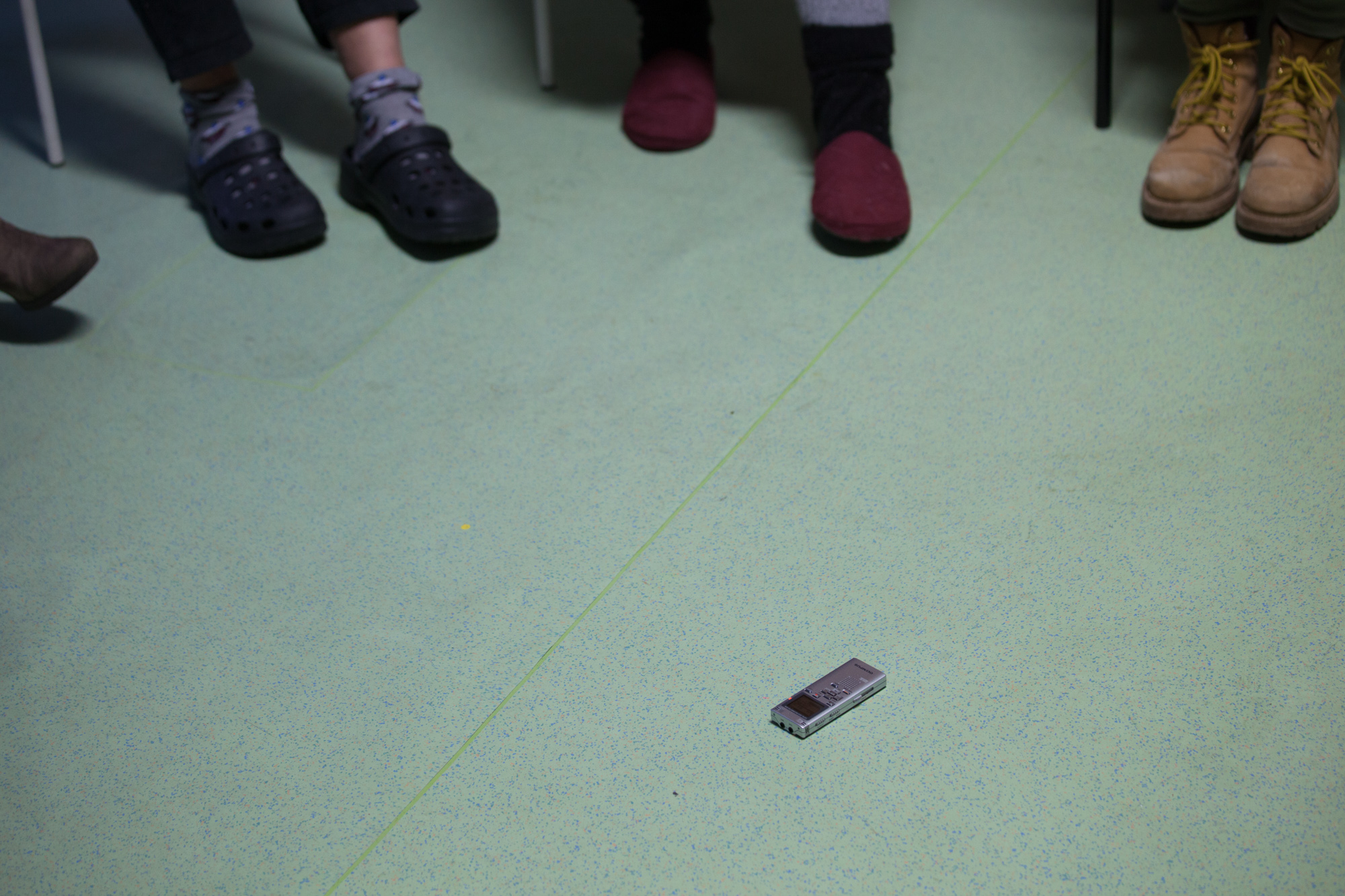